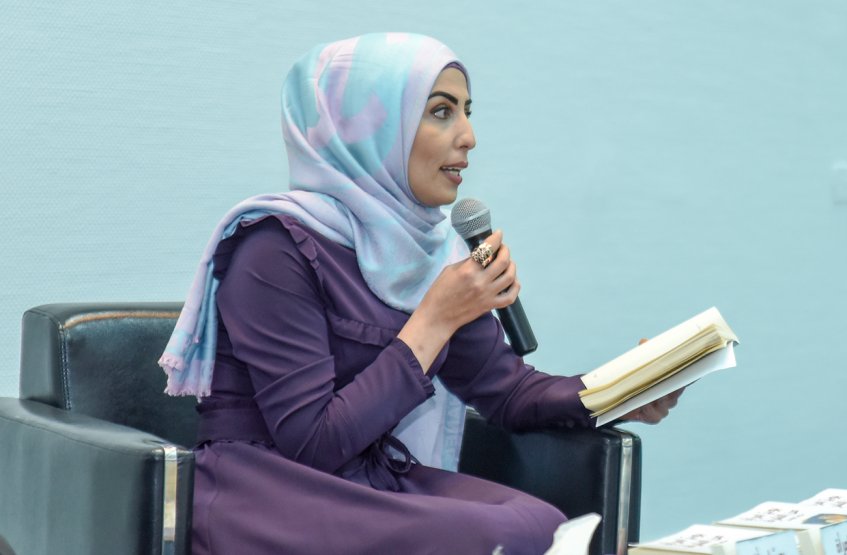 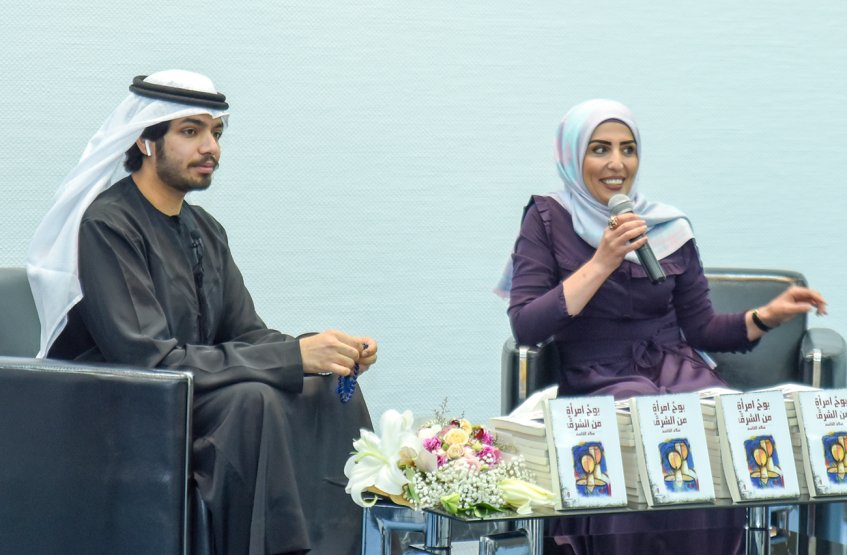 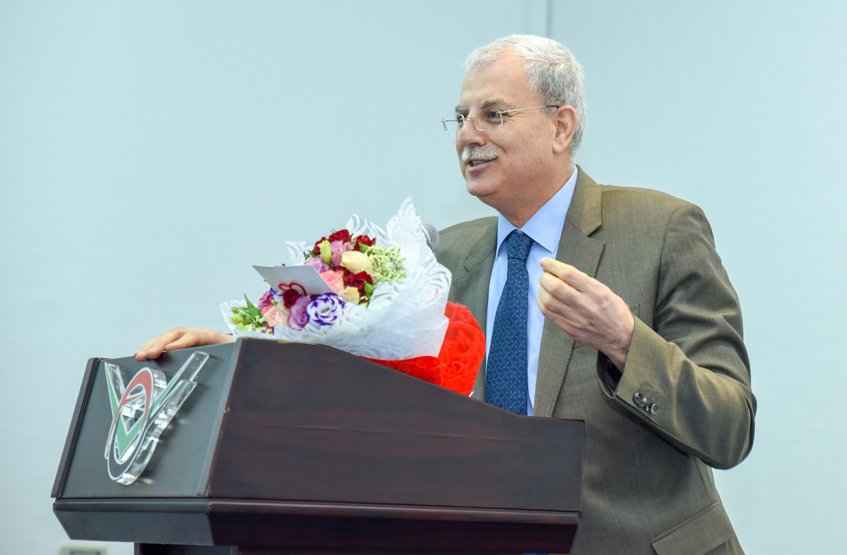 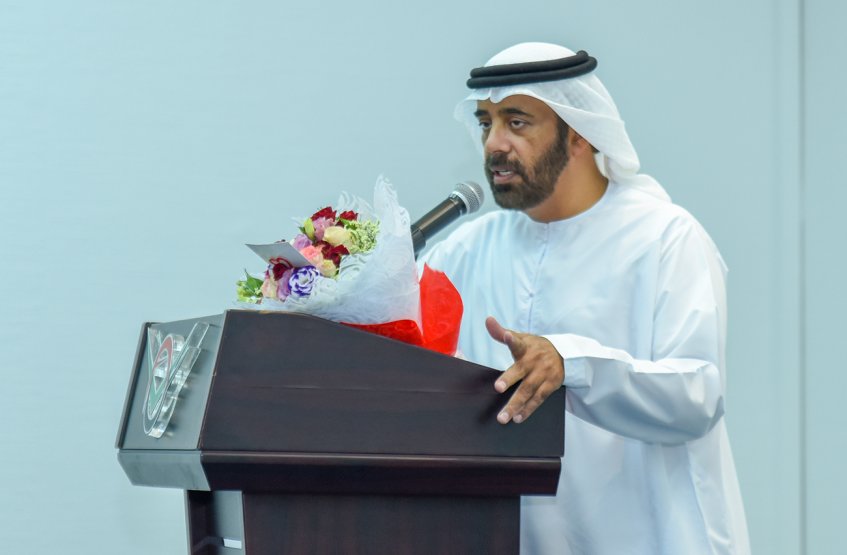 In the presence of Sheikh Salem Balrkad Al Ameri and Prof. Ghaleb El Refae, AAU President, a graduate of the College of Law at Al Ain University, Salam Al Kasem launched her first book, which includes a variety of literary and poetic thoughts. The ceremony was organized by Khalifa library at Al Ain Campus and was attended by Deans, Dr. Ibrahim Mohammed, Chairman of Friends of the Environment, Counselor Judge Abdullah Al Kaabi, and a number of academic members, dignitaries and media professionals.
Sheikh Balrkad, praised the AAU efforts in supporting students and alumni, encouraging them to be innovative, congratulating writer Salam Al Kasem on her first release and wishing her success.
Prof. El Refae expressed his pride about the writer Salam Al Kasem, pointing out that this success is not new as she was one of the best students during her study at the university.
About the book, Al Kasem said during a dialogue conducted by Waleed Al-Humeiri, a graduate of Al Ain University, that this book is a gift to every woman. The writer thanked Sheikh Blrkad, Prof. El Refae and her professors for their continuous support since she was a student at the university. She also announced her preparation for her second literary production soon, which will tell about her experience at Al Ain University.
At the end of the ceremony, Sheikh Blrkad and Prof. El Refae presented a certificate of appreciation for Salam Al Kasem, And, Copies of the book were distributed to the guests with the signature of the writer.